Growing up with dreams of one day becoming a professional rugby league player, Moore Park Precinct Manager Mark McLennan forged his love of sport and passion for leading a team into a successful career in the sport and recreation industry.

Born and bred Sydney boy, Mark always knew sport was going to be a big part of his life, with Dad getting him into swim coaching and a youth spent playing footy, cricket and swimming – after high school it was an easy decision to study a Diploma of Sports Development and move into work within the industry.

Like many young Australians before him, post-high school, Mark relocated to the UK and attempted to maintain a semi-professional rugby league career whilst aboard however work and travel eventually became the main priority. Upon return to Aussie soil, he quickly took up an operational role with Sydney Uni Sport & Fitness, before moving into the Sports & Aquatic Centre Manager role a few years later and eventually landing at Moore Park Golf (managed by Clublinks) as Venue Manager.

With little golf-specific experience, it was a baptism of fire understanding the golf landscape but with an eventual goal to manage the entire Moore Park Precinct (inclusive of Centennial Parklands Sports Centre), Mark knew this step was going to put him on a great trajectory.

“I ACTUALLY ATTENDED THE FIRST-ROUND INTERVIEW WITH THE TWO ANTHONY’S (LAWRENCE – CEO, AND EDGAR – GM OF FACILITIES AND COMMERCIAL AT CLUBLINKS) WHILST I WAS ON HOLIDAY OVER THE CHRISTMAS BREAK IN BYRON BAY. I WAS WEARING BOARDIES ON THE BOTTOM AND SUIT JACKET UP TOP FOR THE INTERVIEW OVER ZOOM.”

When asked why he was attracted to a role in an industry he wasn’t yet at all familiar with (aside from playing the occasional round of hack golf socially), Mark said he was searching for a new challenge.

“I was at a point where I was looking for my next career challenge, so I thought why not go to the busiest public golf course in Australia with little to no golf knowledge and jump in headfirst like a deer in headlights?”

And Mark has gone from strength to strength, with achieving his goal of being named Precinct Manager of Moore Park after only two years with the company whilst completing his greatest and most rewarding challenge of all – the completion of a Master of Business Administration (MBA). Mark said that the support he received from Clublinks during this period is one he will be forever grateful and thankful for.

“With my sporting and aquatic facility management background, I knew that Clublinks were looking to branch out more into that space and I was keen to add value there as well.”

When asked what he loves so much about his job, Mark talked about the impact a job like his can have on people that come into the facilities.

“The biggest thing that I take out of working in sites like this is the enjoyment you can bring to someone’s day through the products and services you provide. I also love following someone’s fitness and recreational journey, and the sense of community and connection that our venues are able to create.

As a manager, I love seeing the development of the team around me. I think we do that really well as a company and it was a driving factor behind some of the reasons I wanted to join Clublinks.”

With the delivery of over 120,000 rounds of golf throughout the COVID pandemic across the last 18 months, all whilst navigating through restricted capacities each day and ever-changing COVID restrictions, what is it that makes Moore Park Golf so successful?

“I think operationally, we always try and stay ahead of the game especially during COVID-times over the past 18 months. Golf has seen an enormous boom in participation during the pandemic, which is a huge positive for Moore Park Golf and the sport in general but operationally it has been challenging but rewarding to manage.

I take pride in the fact that we’ve successfully implemented the systems in place to be able to deliver what we’re doing for our patrons and customers within these current restrictions.

We’re doing everything we can to keep everyone’s jobs and also provide a safe, enjoyable facility during some extremely tough times.”

When speaking about leadership styles, Mark highlights the value of his experience in a semi-professional team sporting landscape which taught him the value of egalitarianism.

“I always like to roll the sleeves up and complete whatever the task is at hand. No job is bigger than anyone on a team. And that’s including from a management point of view as well. I always like to lead by example and live by the mantra of doing before asking.”

When reflecting on advice he gives his staff, particularly younger team members in the start of their career, Mark suggests that the ‘instant generation’ generation need reminding that not everything needs to be done all at once.

“They put so much pressure on themselves and are always in a hurry with everything, when if they just took a step back and took the time to learn from people that have been in their shoes before and followed the process it would mean they’ll probably get there with a lot less bumps along the way.”

Mark is joined by a team of 100+ staff across the Moore Park Precinct and is working closely with Clublinks Management and the Centennial Parklands & Moore Park Trust on development opportunities in 2022.

Previous PostWhat is a golf handicap and do I need one?
Next PostPlanned Power Outage - Thursday 16 December 2021 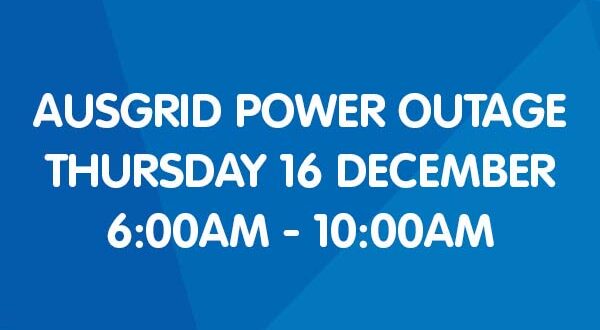