Meet Matt Hallam. He’s the definition of a Moore Park local and was lucky enough to have the golf bug bite him early. After a stint at Moore Park Golf as a young man in the ‘80s, Matt is back and better than ever as Golf Operations Coordinator.

When the golf bug bit, Matt was a 15-year-old high school student caddying for his dad, occasionally hitting a few balls at MPG on the weekend and befriending the team in the golf shop, in particular Barry See Hoe, a Pro here at the time.

“High school had gone from going well and being enjoyable to doing an absolute back-flip with fights and bullying.”

It was also at this time that school started to become a challenge for Matt with bullying and fighting making his daily attendance unbearable – one day, he’d simply had enough.

It was that day in 1986 that he left school, went home, had a shower and came straight to Moore Park Golf where he said to Barry “I’m ready, I’m ready to work now” and that was it… the next morning at dawn he started his first ever job picking up balls on the driving range.

“We didn’t have technology like we do now on the driving range so what we used to do while people were hitting golf balls is put on a padded suit, a crash helmet and we had a tin can posted on a stick and we had to walk along and pick the balls up and push them in a bucket… so you’re doing that while people are out there smashing golf balls! There were no serious injuries, but I was hit quite a few times.”

Of course, safety is taken a little more seriously at MPG these days but being out in the Mule still brings back old memories and scares him at times.
After a while doing the hard yards, Matt graduated from ball collector to working in the Pro Shop and was given the keys to open the shop and call the comp every morning.
It was the perfect job for a 16 year old golf enthusiast who always managed to fit in a round of golf in the morning before work or in the afternoon. And he was good too, “I won a few junior championships, mixed foursomes, runner up twice in the club championship which was the big one.”

Suffice to say, it was here at Moore Park that Matt’s career in golf was set into motion. 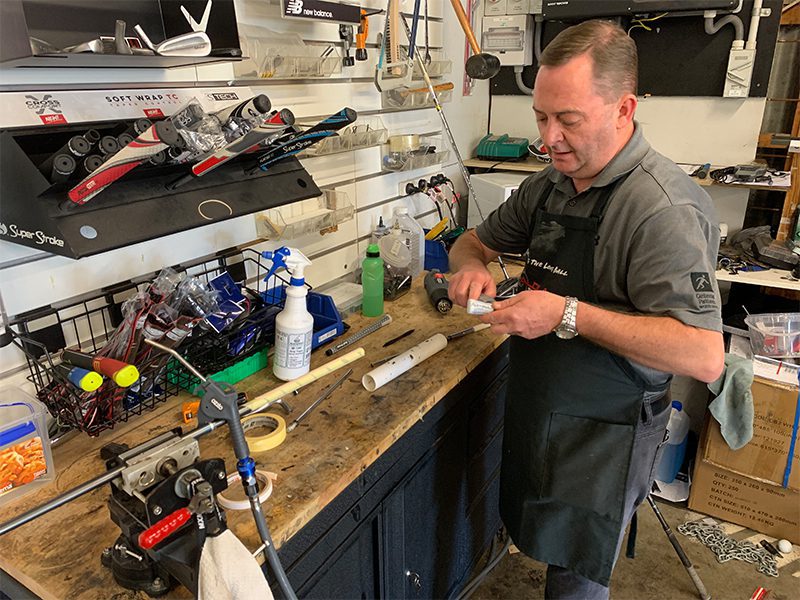 In 1990, as a 20 year old with plenty of experience, Matt left MPG to pursue a trainee-ship at the Lakes Golf Club however it was at this time that he also says “I realised I was a good golfer but sadly not good enough to make a living out of it so I left there at the end of 91” deciding to pursue golf retail management instead.

“I reckon I’m the only one in Sydney that’s managed every golf retail outlet!.”

Matt has certainly done the rounds in the world of golf retail, “I’ve worked for Golf Mart, Golf World, Sharpies Golf House, Nevada Bobs, House of Golf, Drummond Golf and then last year I finished up at Power Golf”

But he decided he needed a change.

That’s when once again he met another MPG staff member who offered him a job. Last year while working at a merchandising stand at the Australian Open he met Moore Park Golf’s Operations Manager, Nev Austin. They started having a chat and Nev told him that “if anything comes up I’ll give you a call” and he did. Three weeks later Matt got a call from Nev and soon after that he started back here at Moore Park Golf and he’s “lovin’ it!”

“The beauty of being here is, I come in, I start at 5 every morning, get the carts out, set the carts up, open the driving range, then it’s light, you can walk outside and relax, there’s a great patio bar.

It’s the people, it’s the staff, it’s everything. People say to me, ‘how do you get up at 5 o’clock every morning?’ And I say I just wake up every morning 4 or 5 days a week and I look forward to coming to work.” 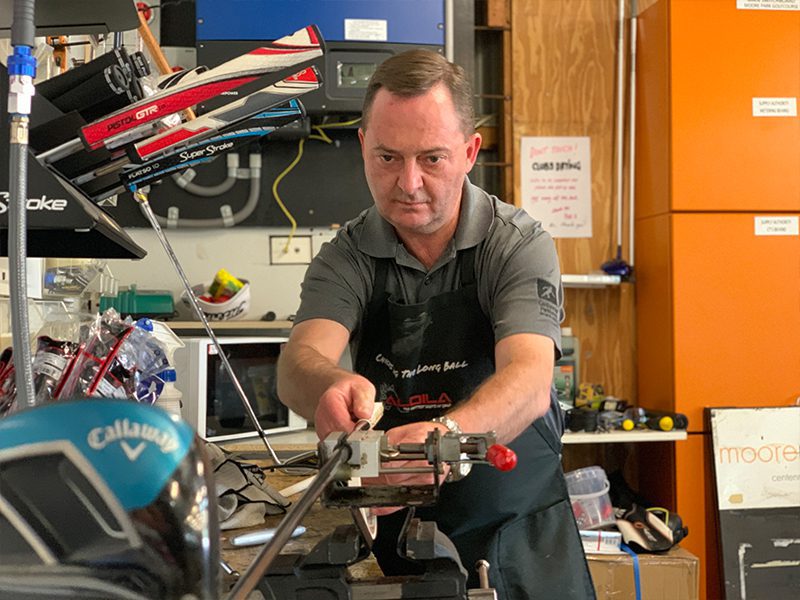 It’s pretty clear to all who know Matt that he just loves golf, though he’s worked in it his whole life, he would describe it as his passion; “I can go out to a birthday party or a wedding and not know a person from a bar of soap and I’ll tell them I work at Moore Park Golf and they’ll say ‘oh I love golf’ or ‘I just took up golf’ ”

As for his golfing advice; “I’ve always said this – practice, practice, practice. However – every day when I walk out on that driving range, people continually practice the wrong method.
The other thing is people use the wrong equipment, you’ve got to get fitted. It makes the game easier, get clubs that are made for you and after you’ve done that, go and get a lesson.”

Outside of golf, Matt is a massive South Sydney Rabbitohs supporter and spends most of his spare time with his family who all still live nearby. He just loves Sydney, he loves how close everything is from the beach to the city, to Moore Park, “People come in from overseas and say “man this is amazing” you walk out on the 5th hole there and realise how close you are to the city.”

It seems Matt is back where he belongs, when it comes to MPG, he’s a big fan.

“It’s the staff, the members, the people, it’s the atmosphere of the place.”